This project began as an assignment in the Real-time Gestural Control of Music graduate seminar in the Fall of 2004, in which students were challenged to represent the characteristics of music interfaces visually using multi-axis plots. In Human-Computer Interaction, this type of representation is called a dimension space, and its use in designing or examining devices or interactions is called dimension space analysis. Work on the refinement of the dimension space application to music interfaces, and the writing of a paper on this subject, was continued by the authors throughout the Spring of 2005. The paper, Towards a Dimension Space for Musical Devices, was published in the proceedings of NIME 2005. 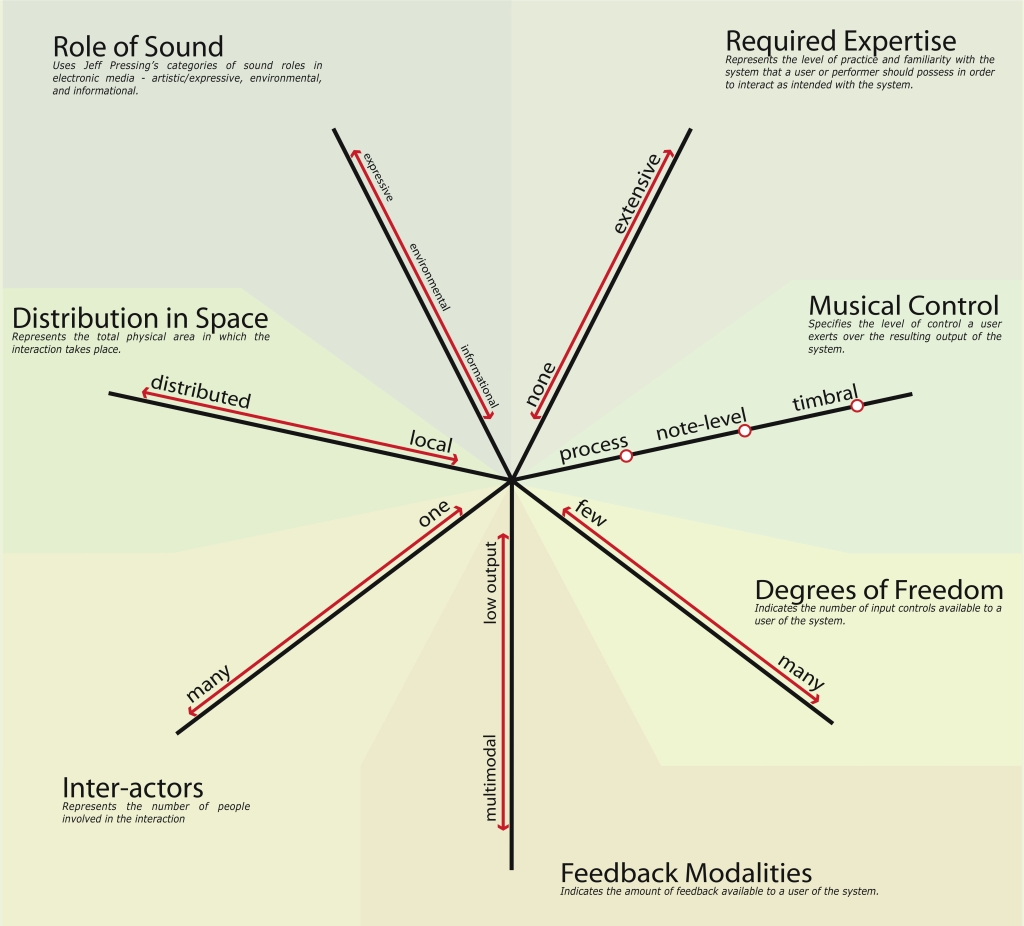 Our seven-axis dimension space was used as a proof-of-concept in analysing various musical interfaces, including Digital Musical Instruments (DMIs) and music- or sound-based installations. Trends became apparent in the shapes of the resulting plots, and instrument-like interfaces and installation-like interfaces can be easily distinguished “at a glance.”

While several researchers have grappled with the problem of comparing musical devices across performance, installation, and related contexts, no methodology yet exists for producing holistic, informative visualizations for these devices. Drawing on existing research in performance interaction, human-computer interaction, and design space analysis, the authors propose a dimension space representation that can be adapted for visually displaying musical devices. This paper illustrates one possible application of the dimension space to existing performance and interaction systems, revealing its usefulness both in exposing patterns across existing musical devices and aiding in the design of new ones.

Dimension space visualizations of some examples of instruments from the literature.